What is Gray Hour

Gray Hour Productions, LLC is a complete feature film and video production company with the infrastructure and experience necessary to manage pre-production, production and post-production for feature films as well as commercial or nonprofit video projects.

Gray Hour has built up its infrastructure, facilities and capabilities to include:

All post-production suites are fully networked to a 36 TB SAN via high-speed fiber optics.

The "gray hour" is that critical window of time when the darkness of night gives way to light. It is a moment that carries us out of the void and into the enthralling colors of a new dawn. Here there is hope and a promise of something powerful ahead. We’ve found that our greatest stories often emerge out of the gray hours of our lives.

Dave Hanon has more than 25 years of direct experience in production management, including more than a decade working in the film industry at Compass Arts, Bearing Fruit Entertainment, Every Tribe Entertainment, EGM Films and Gray Hour Productions. As Gray Hour's president, Dave oversees the management, planning and execution of all projects and production-related activities; a job that requires the effective management of resources, systems, processes, budgets, and schedules.

After a 20-year career in manufacturing, Dave and his family relocated from Seattle, Washington to Oklahoma City where he began working in film production. Translating his two decades of experience in managing complex manufacturing challenges to the art of filmmaking, Dave joined Mart Green at Bearing Fruit Communications, where he served as the production manager for two award-winning films: the documentary Beyond the Gates of Splendor, and the feature film End of the Spear. In 2007, Dave became the COO for EGM Films, and was responsible for the production of the documentary films Miss HIV, Little Town of Bethlehem, and The Grandfathers. In 2011, Dave became the president & co-founder for Gray Hour Productions where he managed the post production and VFX for Nick Cassavetes' film Yellow, Lance Daniels' family feature Just Crazy Enough and Grey Fredrickson's documentary film The Great Energy Transition. Dave has managed a diverse range of projects from music videos to commercial shorts to feature films and everything in between. He has traveled and managed projects in over a dozen countries around the world. Although the majority of Dave's work happens behind-the-scenes, his passion for service, organization and efficiency shines through in each every project.

Brent Ryan Green is an American director from Oklahoma City, who began his film career in 2004 working on the feature film End of the Spear. His professional career has taken him to different corners of the world including Africa, Panama, India, Colombia, Japan, Ecuador, Israel, and the West Bank, where he has captured film footage, as well as still photography. Green served as a Producer on the feature length documentaries The Grandfathers and Little Town of Bethlehem. He has since directed and produced many short films and music videos. One of his latest music video projects was You Told A Lie, which released on Valentine's Day. Green spoke at Harvard negotiation & leadership conference in 2011.

In January 2009, Green founded Toy Gun Films with Jeff Goldberg and produced the short film En Tus Manos in Colombia, which won a slew of awards. Furthermore, over 4 million people in Latin America have screened En Tus Manos through its alternative distribution partnership with One Hope. In 2010, Green directed and produced his narrative-directing debut Paper Flower, a Japanese coming of age short film shot entirely in Tokyo, Japan. The film premiered at the Beverly Hills Film Festival in April of 2011. Since its premiere, Paper Flower has been an official selection in twenty six film festivals and won thirteen awards, including Best Short Film and the Audience Choice Award at the Mosaic Film Festival, and the Award of Merit for Direction and Short Film at the Indie Fest. Green's latest directorial work was filmed in South Africa in October of 2011 and is now in post production. Presently, Green serves as a Principal of Toy Gun Films and Co-Founder of Gray Hour Productions. Thus far, his films have been officially selected into fifty film festivals and have won twenty-six awards. 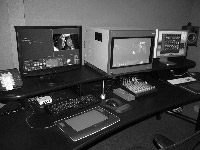 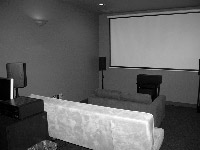 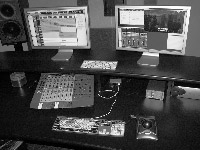 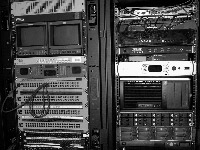 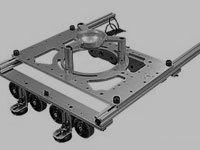 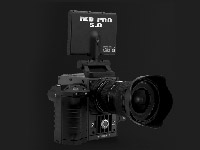 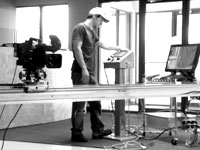